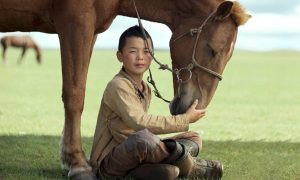 Bangkok (Thailand) – January 10, 2020 (travelindex.com) – The 2nd Asia Destination Film Forum 2020 will be hosted in Bangkok on 30 January 2020. The event is co-chaired by H.E. Mr. Itthipol Khunpluem, Thailand’s Minister of Culture, and Dr. Sorajak Kasemsuwan, Secretary General of the National Federation of Motion Pictures and Contents Association. It was first launched at the 2018 Mekong Tourism Forum in Nakhon Phanom, Thailand, by the Mekong Tourism Coordinating Office (MTCO) and showcases and recognizes films that promote destinations and sustainability, through the power of visual storytelling.

Numerous films have inspired millions to visit destinations. Especially in recent years, there has been a growing phenomenon that tourists visit destinations featured in movies and user-generated social media video clips. Recent research suggests that movies can have a strong influence on tourist decision making and that films do not only provide short-term tourism revenue but can build long-term prosperity in a destination.

Several countries and destinations quickly understood these advantages and have successfully increased the number of tourists through the magic of films.

The forum consists of sessions held by industry leaders, such as Mr. Nick Ray from Hanuman Films, Mr. Joe Cummings, editor at large of Bangkok 101, Ms. Fah Daengdej Host of The Passion on Nation TV 22, and more, exploring how consumers are inspired by visual storytelling from movies to user-generated videos to visit destinations, how tourism boards can leverage films, how businesses can benefit from visual storytelling, and how it can drive sustainability.

With sessions and case studies, such as by Tom Waller, producer of “The Cave” (Thailand), which re-tells the story of the captivating rescuing of the Wild Boards soccer team and their coach last year and by Ekachai Uekrongtham executive producer of the Netflix series “The Stranded” (Thailand), and case studies by the Singapore Tourism Board, Busan City Tourism Organization, as well as the Tourism Authority of Thailand, the event looks at how current films promote destinations.

Winner of Best Feature Film at the 2019 San Diego International Film Festival “The Steed” (Mongolia), as well as Hanuman Films’ award-winning “The Last Reel” (Cambodia) will screen during the event. In addition, films submitted to the Thailand Film Festival, in collaboration with the Thailand Film Office of the Department of Tourism, and the Mekong Mini Movie Festival, in partnership with the Mekong Tourism Coordinating Office, will be shown during the Forum. Besides looking at the impact of feature-length movies, the event also includes sessions on the importance of traveler- and blogger-generated visual content and how travel companies can benefit from destinations being film locations.

In the evening, the 2020 Asia Destination Film Awards, as well as the Mekong Mini Movie Festival Awards, will be presented, followed by an authentic Mongolia BBQ Film Festival night with a Mongolian celebrity BBQ chef and traditional cultural performances hosted by the Ministry of Environment and Tourism Mongolia. Nominations to the Asia Destination Film Awards in the categories Tourism Boards, Travel Industry, User-Generated, Professional Film Makers, and Sustainable Travel, are still open until 17 January 2020 via

Jens Thraenhart, Executive Director of the Mekong Tourism Coordinating Office and founder of the Destination Film Forum and Awards, comments: “Today, video is one of the most powerful mediums when promoting a destination. It has the chance to awaken the wanderlust in the viewer by showing the essence and uniqueness of a place in just a few short moments. However, the power of inspiring people via film goes beyond promoting destinations; it can also drive change and responsible travel behavior, striving to emphasize tourism that is sustainable, responsible, environmentally conscious, and bringing benefits to local communities. In partnership with WWF and Khiri Travel, the Mekong Mini Movie Festival is creating awareness of sustainable tourism and conservation, focusing on the festival’s mascot, the endangered Mekong Dolphin.”

A Destination Film Forum networking happy hour with film previews will take place at Spectrum Lounge & Bar on the 29th of January at 17:30 hours in partnership with the Mekong Tourism Coordinating Office, the Pacific Asia Travel Association, and Travel Massive and supported by the Hyatt Regency Bangkok Sukhumvit.

UNWTO Highlights Role of Tourism in Rural Development in Africa