[dropcap]K[/dropcap]enya is located on the east coast of Africa, with the Equator running almost straight through the middle of the country. Its northern border touches 5 of latitude north and the southern border touches 40 south. The western border is marked 33E longitude. It is a sovereign state, having achieved political independence from British rule on 12th December 1963 and a year later on 12th December 1964 became a fully fledged Republic. It is a member of the Organization of African Unity, the Commonwealth of Nations and the United Nations Organisation. It has an area of 582,644 Sq. Kms (224,900 Sq. miles) of which 45,240 Sq. Kms (7.8%) is under Wildlife Conservation sanctuaries (National Parks and National Reserves). The country shares common borders with Somalia (east), Ethiopia (north), Sudan (north-west), Uganda (west) and Tanzania (south). To the south east lies the Indian Ocean, making the country the greatest marine gateway to East Africa.

Kenya has a great diversity of physical features which can be distinctively divided into five main zones. The low lying arid and semi-arid lands of the north and northern-eastern province, which cover nearly two-thirds of the country. This is a hot dry country with scant water supplies. It is inhabited by the nomadic Somali, Boran, Galla, Turkana, Rendille and Gabra. The coastal belt running along the Indian Ocean from the Kenya-Tanzania border to the Somali border. It is a well watered area receiving rain twice a year from the north-easterly and south-easterly monsoons. The land is lush with scattered plantations of coconut, sugarcane, sisal, cashewnut and bananas. The Nyika Plateau (dry wilderness) occupies the country between the coastal belt and the central highlands. It is a dry area of low rainfall. The vegetation consists of short grass with scattered acacia trees. It is best described as a dry savannaland and supports most of Kenyas wildlife. The fourth and most productive zone is the central highlands – a raised volcanic block split from north to south by the Great Rift Valley, a 8,700 kilometre ditch on the surface of the earth (sometimes 80 Km wide) which stretches from the Dead Sea in Jordan to Beira in Mozambique. The eastern wall of the Valley is dominated by Mt. Kenya a giant extinct volcano rising to 5,199 metres (17,058 ft.a.s.l.). It is the second highest snow-capped mountain in Africa and the only spot in the world where snow is found on the Equator. Close to Mt. Kenya is the Aberdares or the Nyandarua Range whose highest peaks, Ol Donyo le Satima 3,998 metres (13,120 ft.) and Kinangop over 3,600 metres (12,000 ft.) make up an impressive scenery in the region. A combination of good rainfall, soils, suitable climate makes the region one of the richest agricultural lands in the world. The western flank of Central Highlands is dominated by the peaks of Mau Range, Nandi and the Cherangani Hills. Mt. Elgon rising to 4,320 metres (14,178 ft.) is another extinct volcano on the Kenya-Uganda border. The western slopes including Mt. Elgon region are fertile and well-watered. They receive most of their rains from the inland sea of Lake Victoria (the second largest fresh water lake in the world. From the western flanks of the central highlands, the land slopes down to the lake basin.

The lake basin is hot and moist and receives heavy rainfall from the lake. Its vegetation is mainly savanna woodland. The vast mass of the lake water creates its own local weather systems. 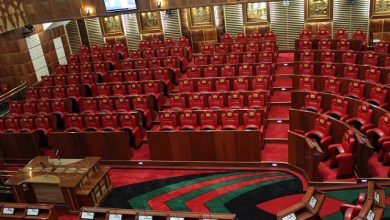 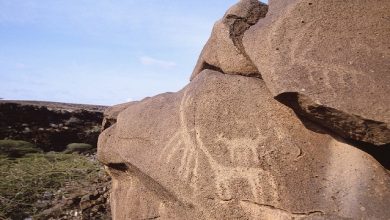