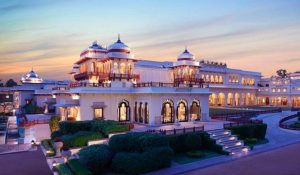 Commenting on the performance, Mr. Puneet Chhatwal, Managing Director and Chief Executive Officer, IHCL said, “In line with Aspiration 2022, IHCL has now consistently delivered on all key metrics in the last six consecutive quarters. The Company signed a record 14 hotels without any investment, across all its brands. It also is a matter of pride that two iconic Taj Hotels made it to the World’s Ten Best Hotels.”

About IHCL
The Indian Hotels Company Limited (IHCL) and its subsidiaries bring together a group of brands and businesses that offer a fusion of warm Indian hospitality and world-class service. These include Taj – the hallmark of iconic hospitality, SeleQtions, a named collection of hotels, Vivanta, sophisticated upscale hotels and Ginger which is revolutionizing the lean luxe segment.

Incorporated by the founder of the Tata Group, Jamsetji Tata, the Company opened its first hotel – The Taj Mahal Palace, in Bombay in 1903. IHCL has a portfolio of 190 hotels including 38 under development globally across 4 continents, 12 countries and in over 80 locations.

The Indian Hotels Company Limited (IHCL) is South Asia’s largest hospitality company by market capitalization. It is primarily listed on the BSE and NSE.