About 19 kilometres north of Watamu lies Malindi town, the former port of call for ships sailing in the Indian Ocean via the Cape of Good Hope. The town is well known for its hospitality since the great Portuguese explorer Vasco da gama visited it in April 1498. He met a friendly Sultan who welcomed him and later gave him a pilot that helped him to sail eastwards and ‘discover’ India. Its seven kilometre long curving beach is ideal for surfing during the monsoon in July and August and a favourite haunt for visitors. The town’s coast offers excellent facilities for deep-sea fishing where sportsfishermen have caught some of the largest fish in Africa. The best time for big game fishing is from end of September to the end of March or April. The town has some of the highly developed casinos, night clubs, golf courses, hotels and bars in the East African Coast. Vasco da gama pillar, erected by the great Portuguese explorer in 1498 stands on the eastern edge of the town.

Marine National Parks and Reserves.Malindi and Watamu Marine National Parks and Reserves were the first such parks to be established in Africa in 1968. The National Reserves enclaving the two National parks extend about 6 kms out to sea with the landward boundary being 30 metres from the highest sea water point. Malindi National Park 6 sq. kms extends about 1.6 kms out from the shore and stands between Chanoni Point and Leopard Point with its base at Casuarina Point. Its major area of attractions are the North Reef running parallel to the shore where the sea bed is exposed at low tide leaving many shallow pools filled with corals and fish. The southern section of the park consists of the famous coral gardens which are the most popular resorts for divers, snorklers and glass-bottomed boat viewers, with myriads of brightly coloured coral fish, corals and shells where the major species are Angel fish, Butterfly fish, Blue surgeon fish, Anemone, Domino, Scorpion and Parrot fish. On the shore side is the Barracuda Channel where holes and crevices in the corals are filled with coral fishes like Moray eels, Sergeant major fish, Dugong and Octopus. Green turtles are seen in the parks/reserves where they lay their eggs and bury them in the beach above the high water points. Big game fish like Blue marlin, Sailfish, Giant grouper and Marko sharks are also seen in the parks/reserves.

Casuarina point is the HQs and the entrance to Malindi Marine National Park. Watamu Marine National Park (10 sq. kms) with prolific marinelife and charming beach tracts is the second National park in the reserve, 24 kms south of Malindi town. Its extensive coral gardens offer the same coral fish attractions as the Malindi Marine National Park, where Sergeant Major fish thrill visitors with their welcoming gestures. The most attractive area in the park is the three caves at the entrance to Mida Creek on the southern boundary, where the six foot 200 kg Giant groupers (Tewa in Swahili) are readily seen. Access to the caves is by boat when the tide is low.

Mida Creek is an important bird watching area especially from March to May, in addition to the charming beach tracts. The coastal front is lined with hotels where facilities for water skiing, wind surfing, deep sea diving under supervision of instructors, goggling and deep sea fishing are organized. The park authorities protect the area keenly and may limit the number of visitors to the caves. They, however, allow free swimming, water skiing, walking, basking and picnicking along the beach.

Except in the surrounding marine National Reserves where traditional fishing may be allowed under licence, visitors are not allowed to fish, collect corals or shells, disturb or destroy the sensitive coral gardens.

The best time to visit Marine National Parks is during the dry season January – March and June to October as during the rains the water becomes too rough for snorkeling and the silt brought down by Sabaki (Athi) and other rivers spoils the visibility over the reefs. To swim slowly over the coral gardens where the visitor gets a beautiful view of the corals and the brightly coloured coral fishes is a life time experience. It is much more thrilling when snorkeling than watching the marine life through a glass-bottomed boat.

Watamu Marine National Park and Reserve engulfs the Mide Creek mangrove forest where young coral begins its existence before the tides take it out to the reefs beyond. The forest roots are rich in fish, crabs, prawns and oysters. Tewa Caves, near the mouth of the creek, are partly underwater – here Giant Groupers (up to 800lbs) live with many other exotic fish species.

From Watamu on the road to Malindi visitors pass through a village where there are the ‘Giriama Dancing Bomas’ and the famous Kabwere ‘Dispensary’ where the Giriama Wizard keeps over 100 wives and sells potions and anti-witchcraft medicines.

Kiunga Marine National Park is located at the nothernmost stretch of the coastline. It has reefs interspersed with 50 limestone islands which provide vital nesting areas for migratory sea birds and are home to bushbuck and other terrestrial game. The park opened in October 1979 and provides a refuge for the rare sea turtles and dugongs. 150 year old giant clams lie off the reef. A recent KWS marine wildlife census counted a record population of dugongs, living in these waters. The dugong, half mammal, half fish has a semi-human physiognomy and is said to be the origin of the mermaid legend. 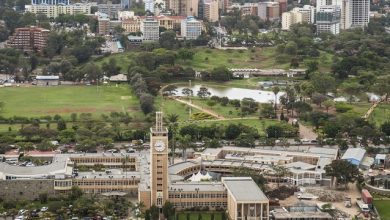 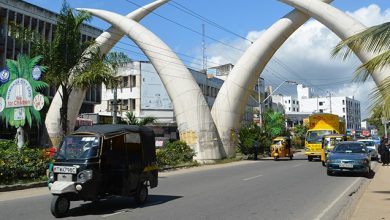 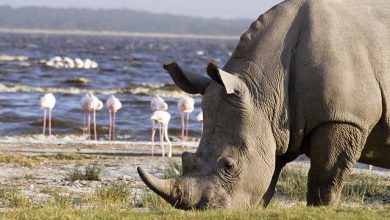