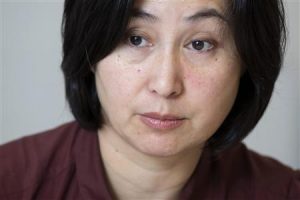 Macau (Macao SAR) – September 30, 2019 (travelindex.com) – Ms. Pansy Ho, Vice Chairman and Secretary-General of the Global Tourism Economy Forum (GTEF), participated in the Ministerial Debate on Education and Employment in Tourism: Realizing SDG 4 and SDG 8 at the 23rd General Assembly of the World Tourism Organization (UNWTO) in St. Petersburg, Russia on September 12. The UNWTO General Assembly is the most important high-level meeting for the global tourism sector with 117 countries in attendance this year.

Joined onstage by 12 global tourism ministers, key corporate leaders, and leaders of academic institutions, Ms. Ho spoke of the future of work in tourism and the sector’s contributions to the UN Sustainable Development Goals (SDGs). During the debate, she highlighted the key role that women play in tourism, the opportunities tourism offers young people and the importance of public-private partnerships in fostering a talented workforce. She also brought attention to the importance of the human touch and the trend of immersive travel and how this trend creates opportunities for local communities to present a holistic view of their heritage, art, food, and environment.

In terms of education, she highlighted the success of Macao, which has emphasized community engagement as a means to expose students to the different dimensions of tourism and to potential career opportunities. Macao is taking the long view on talent management, aiming to engender pride in its local heritage, traditions, arts, and crafts.

Finally, Ms. Ho highlighted the Global Tourism Economy Forum, founded in Macao in 2012, as an example of how home-grown service talent is essential for both the tourism and MICE markets. By hosting the annual GTEF, Macao is facilitating the continuous development of human capital, in terms of employment and vocational training, all while showcasing Macao as a World Centre of Tourism and Leisure.

The GTEF was proud to be the sponsor of the 15th Edition of the UNWTO Awards, which took place on September 10. Held during the UNWTO General Assembly, the Awards celebrate inspirational projects that have made an invaluable contribution in the advancement of sustainable tourism. Representing Ms. Ho at the Awards was Michael Frenzel, GTEF Honorary Chairman, who presented the “Enterprises Award” to Community impact by V Resorts of India.

This support of the UNWTO Awards strengthens the collaboration between the GTEF and the UNWTO in promoting the sustainable development of tourism. Past examples of this collaboration include, in 2018, Ms. Pansy Ho being appointed as UNWTO Tourism Ambassador for her contributions in promoting regional and global tourism cooperation and sustainable tourism and, in 2017, GTEF acting as a key sponsor of the United Nations International Year of Sustainable Tourism for Development.

About the Global Tourism Economy Forum
The Global Tourism Economy Forum (GTEF) is hosted by the Secretariat for Social Affairs and Culture of the Macao SAR Government, in collaboration with World Tourism Organization (UNWTO), co-organized by the China Chamber of Tourism under the authorization of All-China Federation of Industry and Commerce (ACFIC), co-organized by Macao Government Tourism Office (MGTO), and coordinated by Global Tourism Economy Research Centre (GTERC). GTEF’s supporting units include the Ministry of Culture and Tourism of the People’s Republic of China, All-China Federation of Industry and Commerce (ACFIC), the Liaison Office of the Central People’s Government in the Macao SAR, Office of the Commissioner of the Ministry of Foreign Affairs of the People’s Republic of China in the Macao SAR, World Travel and Tourism Council (WTTC), Pacific Asia Travel Association (PATA), World Tourism Cities Federation (WTCF) and European Travel Commission (ETC).

Since its inception in 2012, GTEF has successfully established itself as an influential high-level cooperation platform to promote sustainable development in the global tourism industry with a focus on China. To date, GTEF had received more than 10,783 participants from 89 countries and regions, including delegations from 147 provinces and cities of Mainland China; and 570 internationally renowned speakers.

UK Tourism Sector May Only Recover by Third in 2021

Human Capital, the Foundation of the Digital World of Tourism