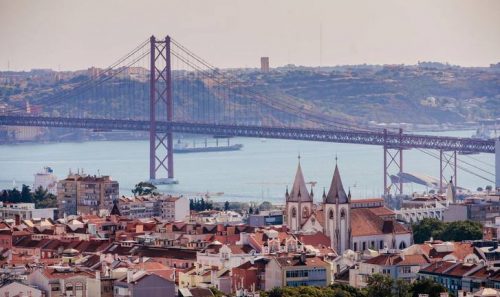 Lisbon, Portugal, December 11, 2020 / TRAVELINDEX / The Global Tourism Crisis Committee has met for the last time in 2020, to continue advancing coordination and cooperation among all parts of the sector. The virtual meeting of the Committee, established by the World Tourism Organization (UNWTO) at the start of the pandemic, was hosted by Portugal ahead of its Presidency of the Council of the European Union, beginning in January. It was accompanied by in-person meetings of the highest political level between the UNWTO leadership, Prime Minister António Costa and the Ministers Foreign Affairs, Augusto Santos Silva.

• Read all the latest UNWTO News and Announcements here.

This seventh meeting was focused on ensuring efforts to restart tourism are coordinated and harmonized in terms of cross border travel both pre and post-vaccine. UNWTO Secretary-General Zurab Pololikashvili called for more explicit affirmation from governments and international organizations that safe travel is possible and so tourism can restart responsibly. The meeting began with a message of support from the very highest level of the European Institutions. Margaritis Schinas Vice President of the European Commission, applauded the coordinated approach to addressing the key challenges facing tourism’s restart while stressing the importance of the sector to Europe’s economies and the steps already taken to support businesses and jobs, including through unprecedented levels of financial assistance.

Making contributions to the meeting were Harry Theoharis, Minister of Tourism for Greece and Chair of the Committee’s Technical Group, created in October to advance harmonization of protocols. Alongside this, Nedret Emiroglu, Director, Country Readiness Strengthening, Emergency Preparedness, at the World Health Organization (WHO) outlined the necessary steps for harmonized health and safety protocols for international tourism.

As vaccinations for the COVID-19 virus begin to be administered, the Committee also engaged in a special session on post-vaccine cross-border travel. Committee members stressed that, while recent breakthroughs serve to boost confidence, the tourism sector cannot wait for vaccinations to become a widespread reality.

Portugal hosted the meeting of the Global Tourism Crisis Committee just weeks before it is scheduled to assume the Presidency of the Council of the European Union. Secretary-General Pololikashvili received assurances of the highest level during a meeting with António Costa, Prime Minister of the Portuguese Republic. The UNWTO leadership thanked the Prime Minister for his government’s strong and ongoing support for tourism and for recognizing the important role the sector can play in the country’s social and economic development. This was followed by a meeting between the Secretary-General and Augusto Santos Silva, Minister of Foreign Affairs for Portugal.

• Read all the latest UNWTO News and Announcements here.

The country’s strong support of UNWTO’s mission and its commitment to tourism as a driver of development and growth was reaffirmed by Rita Marques, Secretary of State for Tourism. Furthermore, the visit also encompassed the whole spectrum of key priorities – from driving coordination to achieving high-level political support for the sector. Innovation, recognized for its potential to advance recovery and build a more sustainable future for tourism, was also at the fore as the UNWTO delegation met with Portugal’s Secretary of State for the Digital Transformation, André de Aragão Azevedo to discuss start-ups, innovation and their vital place in the future of Portuguese tourism.

Imperatives for Sustainable Recovery of Air Travel Industry in Africa